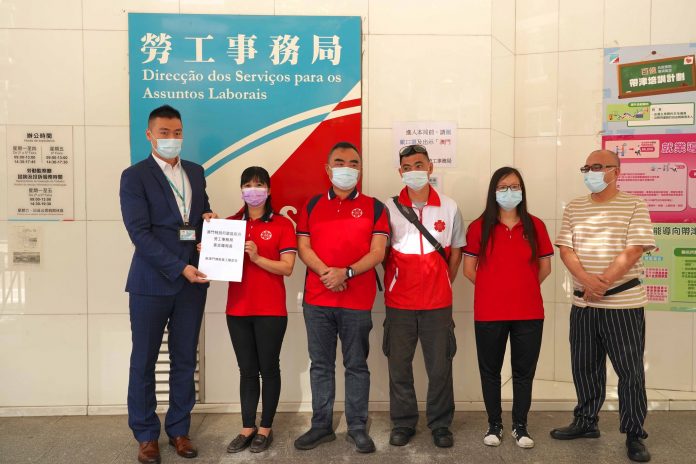 Dozens of surveillance workers formerly working at StarWorld Casino, a satellite casino of Galaxy Entertainment Group, have petitioned to the Labour Affairs Bureau for help, claiming that they have been forced to voluntarily resign. This is the second labour dispute involving Galaxy Entertainment in less than a month.

The group submitted the petition earlier this week to the labour department under the assistance of the New Macao Gaming Workers’ Rights Association. They said they were told by their superiors back in mid-2019 that they would be relocated to another casino under Galaxy Entertainment without any training or guidance; they were given two options: to quit or accept relocation.

Most of them chose to stay but after being relocated, they were treated unequally and their superiors deliberately gave them a hard time. In the end some of them could no longer tolerate such treatments and chose to quit. All of these workers are Macao residents and have worked at Galaxy Entertainment for over 10 years. According to them, all of those asked to be relocated are local workers; none of the foreign workers at the surveillance department of StarWorld have been asked to be relocated. One of the resigned workers also claimed that the surveillance department at StarWorld had no plan to hire local workers in the future; instead it had already recruited a dozen people from Malaysia, who would come to Macau once border restrictions imposed by pandemic controls were removed.

The New Macao Gaming Workers’ Rights Association has urged the Labour Affairs Bureau to look into the matter. If the allegations made by the surveillance workers are true, the employer is in fact trying to force workers to resign so that it does not need to pay the relevant dismissal compensation, the Association said.

The Macau government has repeatedly vowed to safeguard the employment rights of local workers. The current unemployment rate in Macau is 2.9% according to the latest official figures.

Passports of 89 Chinese citizens involved in overseas gambling are rev...

Inbound visitors to Macau plunges by nearly 70% during CNY, with only ...