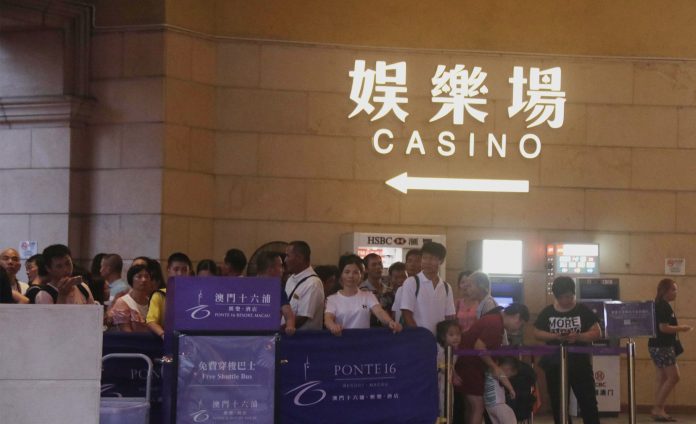 Earlier, the Macau Tourism Office (MGTO) announced that the number of visitors to Macau continued to increase in March which is the highest number since the epidemic. The increase in tourists makes the market economy seems to be gradually recovering. In fact, the gaming revenue is still far from returning to the previous level. The Gaming Inspection and Coordination Bureau (DICJ) announced today (April 1) the gross revenue of gaming in March was 8.306 billion patacas (the same below), which increased by 58% and 13.6% year-on-year and month-on-month, respectively, since last year. Since the outbreak of the epidemic in last February, this is the best gambling revenue has been recorded, but it is still far from before the epidemic, and it has not even reached the 10 billion patacas mark. Senior gaming practitioner Lam Kai Kong told Allin that performance looks good in the mass market, but the VIP room business is still stagnant.

The cumulative gaming revenue for the first three months of this year was 23.642 billion patacas, and the year-on-year decline narrowed to 22.5%. Lam Kai Kong said that in fact, the gaming revenue in March did not increase much because there were only 28 days in February. If calculated by the average daily gambling revenue, theoretically the average daily gaming revenue in March would be even lower than that in February. He said that there are indeed more tourists coming to Macau, but the large number of tourists does not mean that the casino entry rate is high, because tourists come to Macau for many different reasons. At present, tourists are mainly shopping, and the mass market have good customer sources. The business of the office has stagnated, so the gambling revenue has not increased significantly, which is all expected.

Lam Kai Kong also believes that if there is a significant increase in gaming revenue, it depends on two factors. The first is the management of funds in the mainland. If the authorities continue to strengthen capital control, it will be difficult for gambling revenue to rise; the second is the criminal law, which was revised earlier in the Mainland. Regarding the criminal law of gambling, the industry is not aware of the enforcement power of the law, and the industry will not develop until there are cases or obvious information. As for when to wait and see, Lam Kai Kong said frankly that it was difficult to answer, and pointed out that even legal scholars could not predict it.