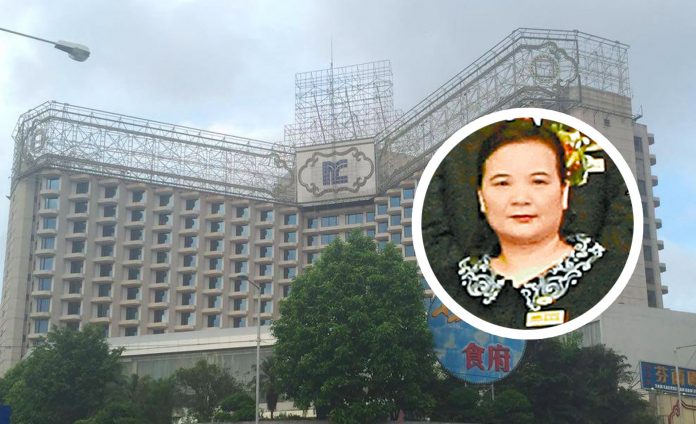 The Venetian Macao Co. Ltd., a subsidiary of Sands China (1928), has filed debt collection civil proceedings against Chen Mei Huan, the former boss of the now defunct Greek Mythology Casino Hotel and ex-confidante of gaming tycoon Ng Man Sun, after its civil suit against Chen for repayment of HK$ 117 million in loans was rejected in Hong Kong courts. According to a public notice published on 10 March by Macau’s Base Court, Chen Mei Huan is declared bankrupt and must repay her debts to the Venetian within 60 days.

According to information disclosed by the Base Court, Chen’s whereabouts remain unknown.

Chen Mei Huan and Ng Man Sun are former business partners. The couple jointly invested in the Hong Kong property market through a holding company co-owned by them before the two broke apart in 2011. At its peak, the holding company owned 95 properties in Hong Kong. In 1996, Chen injected more than HK$100 million into the holding company and bought the then New Century Hotel in Taipa, Macau. The hotel was later refurbished into a high-end facility and renamed Greek Mythology Casino Hotel. But after Chen and Ng broke apart in 2011, the management of the facility began to go downhill and the hotel gradually became dilapidated. It was later renamed Wangfu Hotel and was eventually ordered to cease operations by the Tourism Office.

In addition to the Venetian’s lawsuit, Chen and Ng are also entailed in several other civil proceedings, including one whose plaintiff is Alvin Chao Cheok Wa, the boss of junket operator Suncity Group. In 2014, Chen Mei Huan obtained a loan of HK$1.5 billion through the mortgage of the New Century Hotel from an offshore company belonging to Chao. When Chen later failed to repay the loan, the ownership of the mortgaged facility was transferred to Chao. But Ng Man Sun sued Chen for selling the hotel without his consent, preventing Chao from taking over the facility for a long time.

Chen Mei Huan was also arrested in 2013 in Macau for issuing dishonest checks with a total value of about HK$ 300 million. She issued the dishonest checks to 35 creditors of hers, who had lent money to her for the alleged purposes of rolling chip rebates, casino investments and re-selling of hotel rooms.

Macau’s integrated resorts to be graced with art installations in 4-mo...