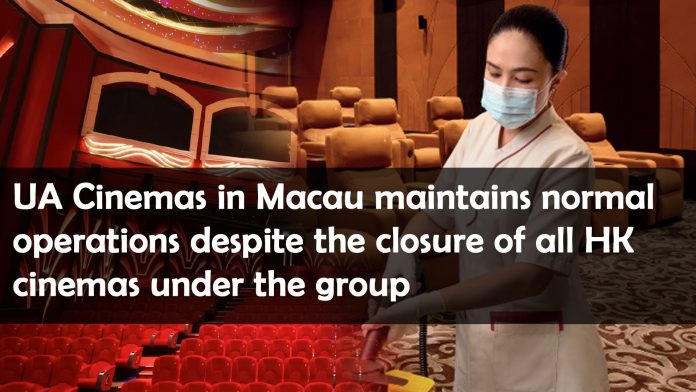 Cinema chain UA, one of Hong Kong’s leading movie theatre operators, announced on 8 March that it would close down for good with immediate effect and file for voluntary liquidation after 36 years in the city, citing “devastating pressure” from the Covid-19 pandemic as the major reason for the company’s collapse. The chain’s remaining six theatres across Hong Kong closed their doors immediately following the announcement.

However, the UA movie theatre located at the Galaxy Resort in Macau remains unaffected by the collapse of its parent company.

In a public announcement, UA Cinemas at Galaxy says it will continue operations as normal, adding that nothing will change as a result of the closure of UA Cinemas in Hong Kong.

In reply to further inquiries by Allin Media, the firm says it does not rule out the possibility of a name change of the theatre in the future but will inform the public once any decision is made.

The UA theatre at the Galaxy Resort is operated independently by Galaxy Entertainment in the form of a franchise; its ticketing system is still operating normally while its Hong Kong counterpart has ceased the operations of all its social media platforms and ticketing systems.