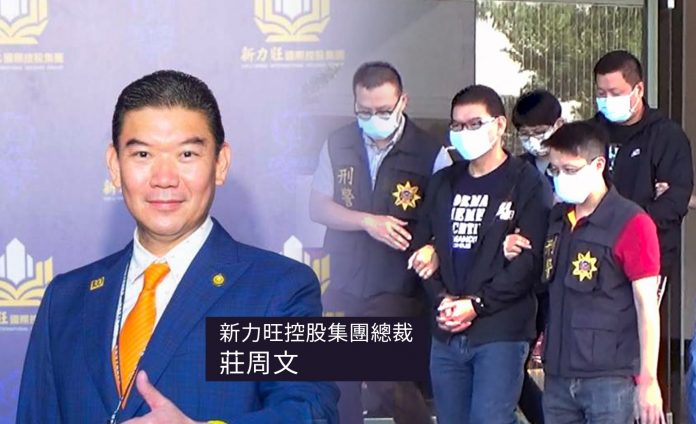 Taiwanese billionaire Chuang Chou-wen (莊周文), who was arrested last November, has been indicted by the Taichung District Prosecutors Office on charges of running an illegal online gambling platform, money laundering, organised crimes and tax evasion. Chuang, who is Chairman of Xinliwang International Holdings Company Ltd, is remanded in custody pending trial. If convicted, the tycoon may face a minimum jail sentence of 10 years.

In a pre-trial hearing at the Taichung District Prosecutors Office held on 3 March, Chuang Chou-wen was charged with running an illegal online gambling platform since 2016, making a total of HK$16.6 billion in illicit profits and evading HK$72 million in taxes.

The online gambling platform, GPK Bet, which is under the Xinliwang Group, runs 532 online gambling sites and 54 systems providers. The platform’s sales turnover in the past 4 years totalled HK$33.4 billion.

The headquarters of Xinliwang in Taichung has been allegedly used as a data handling center for money laundering by transferring funds in and out of the accounts of online gamblers.

The office was raided in an anti-crime operation in January 2020 and Chuang was arrested in November last year.

The Taiwanese authorities have also arrested 31 other people working at Chuang’s company in connection with the case.

In the pre-trial hearing, Chuang has pleaded guilty to tax evasion but denied all the other charges against him. If convicted of engaging in organised crimes and money laundering, the tycoon may face a minimum of 10 years in jail.

Chuang’s personal assets, including luxury cars, properties and cash, with a combined value of 2.5 billion Taiwanese dollars have been seized by the court.