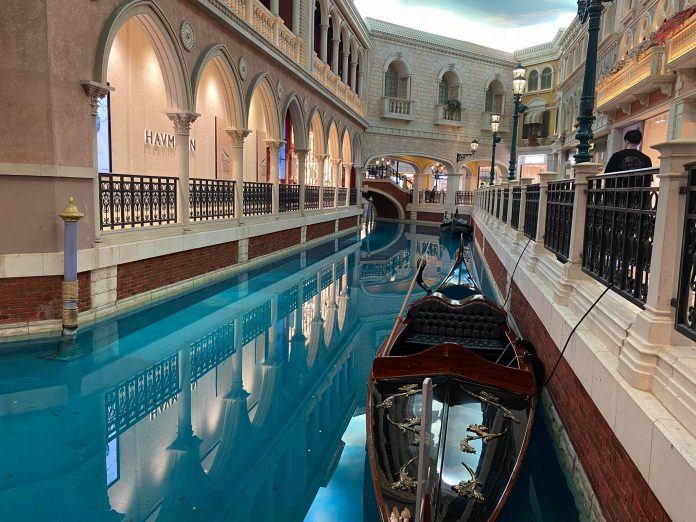 The Venetians, one of the flagship resorts operated by Sands Macau (1928), has to pay a total of 1.893 million patacas in tourism tax for its gondola ride services in accordance with a directive issued by the Financial Services Bureau. Sands Macau did not agree with the directive’s decision and brought the case before the Court of Appeal, but its appeal got rejected by the court earlier this week.

According to the Financial Services Bureau’s directive, the gondola ride provided by the Venetians is essentially a kind of auxiliary hotel service and therefore in accordance with articles 1 and 5 of the Regulations on Tourism Tax, the Venetians will have to pay 1.313 million patacas and 5.8 million patacas in tourism tax for the profits it made from the provision of gondola ride services in 2013 and 2014, respectively.

Sands Macau first appealed against the above directive to the Secretary of Economy and Finance, but its appeal was rejected. The company then filed a judicial appeal with the Court of Appeal but the court eventually ruled against Sands Macau and upheld the Financial Services Bureau’s directive.

In the case of the gondola ride, the court ruled that this service had helped the Venetians attracted visitors and increased its competitive edge; therefore it is considered an auxiliary service and tourism tax should be levied accordingly.

Gaming operators in all-out effort to rally staffs to get Covid vaccin...