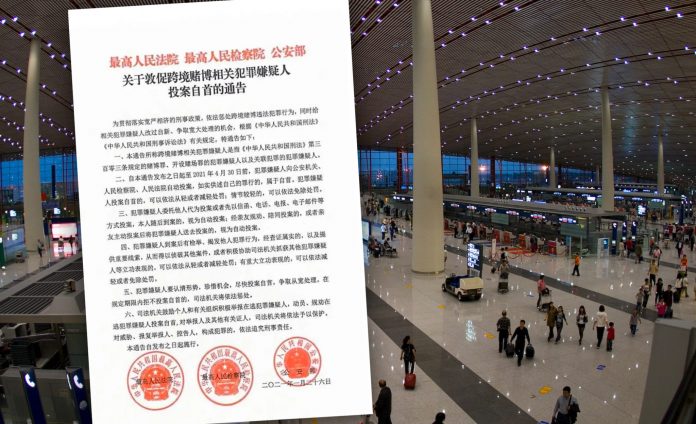 Anyone who organises Chinese citizens to participate in gambling online or offline outside the borders of China may face a maximum jail sentence of 10 years after this activity is made a criminal offence in the amended Criminal Code of the People’s Republic of China, which came into force on 1 March.

According to a public notice posted on the WeChat account of the Ministry of Foreign Affairs, the amended law covers both online and offline gambling outside the borders of China. Regarding offline gambling, anyone who provides complimentary return air tickets, free accommodation or free travel services to attract Chinese citizens to gamble outside the borders of China is now punishable by law.

It remains unclear how the new regulation will affect the operation of junket promoters in Macau. For a long time, Macau’s gaming industry has relied heavily on the high-end market of mainland high-rollers, who are often attracted to Macau by junket promoters.

The mainland Chinese government has said it will spare no effort in combating cross-border gambling because large amounts of capital have been transferred outside the borders via illicit channels such as underground banks, disrupting the order of foreign currency management in China.