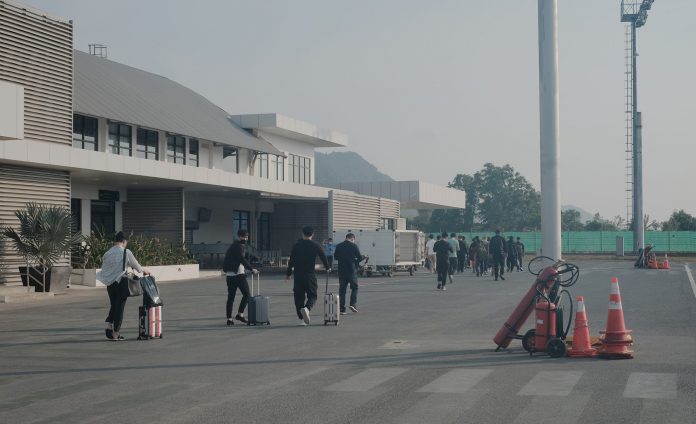 Nearly 500 mainland passengers flying from Shanghai, Chengdu, Zhengzhou and Xiamen to Cambodia have been denied boarding by mainland authorities as the Chinese government’s crackdown on overseas gambling intensifies.

According to data released by mainland China’s border control agency, a total of 337 people departing for Cambodia were denied boarding last month on suspicion of participating in overseas gambling and cyber frauds in the name of travel; some of these people have been transferred to the public security department. In addition, mainland media have reported that all passengers on a flight from Xiamen to Phnom Penh have been asked to return home in late March; some of the first class passengers were dissatisfied with the arrangement. And recently 151 passengers on a flight from Chengdu to Sihanoukville have been asked to return home while only 46 people succeeded in boarding the flight.

Industry experts believe all these moves have shown that the Chinese government is tightening controls and screening of mainlanders heading for Cambodia, one of the most popular gaming destinations for mainland Chinese. The latest crackdown is a direct result of the new criminal law, which makes organized overseas gambling a criminal offence with a maximum penalty of 10 years’ imprisonment, came into force on 1 March.

The Chinese border control agency has earlier advised the public to be vigilant against the pitfalls of organized overseas gambling and cyber frauds, which are getting more and more rampant and often take advantage of people’s tendency for easy money. Mainland Chinese are also advised to avoid all unnecessary overseas travels in the wake of the pandemic.