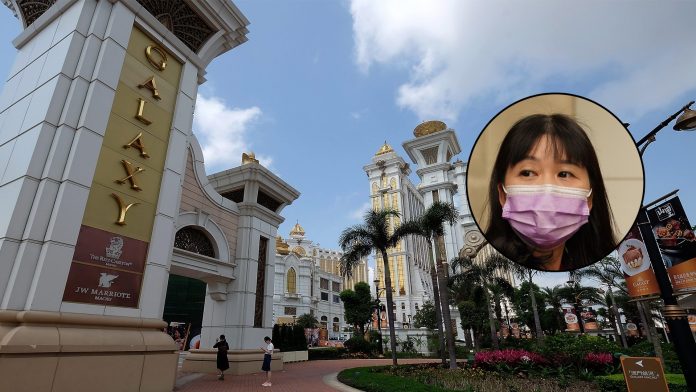 A local casino workers’ rights association has submitted a petition to the Labour Affairs Bureau on behalf of eight former card dealers of Galaxy Entertainment Group (27) who were dismissed without justification. According to the New Macau Gaming Staff Rights Association, the dismissed workers were previously put under internal investigation for alleged involvement in a chips theft by a card dealer, but the eight people were sacked last month before the investigation was completed.

The Association said Galaxy Entertainment’s handling of the case was “very unreasonable” since the firm did not even notify the workers of the outcome of the internal investigation.

One of the sacked workers, a former floor supervisor, said she had not received any warning letter before dismissal and claimed that she had nothing to do with the chips theft.

In reply to a request for comment on this case, Galaxy Entertainment pointed out that while the firm has always strived to safeguard local workers’ rights, it has clear internal guidelines and monitoring mechanisms which all staff members have to strictly follow. It added that as the chips theft case is still under police investigation, it is unable to make further comment.

In a separate development, the New Macau Gaming Staff Rights Association has urged the government to scrap social distancing policies currently imposed on local casinos. It believed that other preventive measures such as mask wearing, temperature checks at casino entrances and use of the health code were enough to ensure the safety of casino workers and customers.