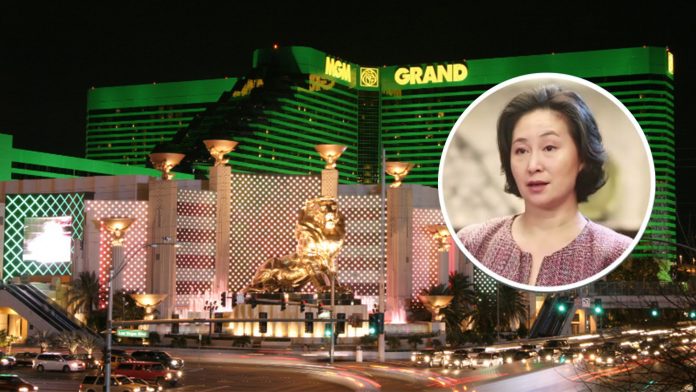 Pansy Ho Chiu King, a co-chairperson and executive director of local casino operator MGM China Holdings Ltd (2282), has further reduced her personal stake in the firm’s parent company, the US-based MGM Resorts International, selling over 1.45 million shares for about US$56.8 million (HK$ 440 million). The transaction was completed on 24 February according to information filed with the Hong Kong Stock Exchange, where MGM China is listed.

This is Ho’s second sale of MGM Resorts equity since January this year. Following the latest sell-off, Pansy Ho now holds 1.36% of the shares of MGM Resorts, which is approximately 6.7 million shares.

According to documents filed with the Hong Kong Stock Exchange, Pansy Ho has reduced her stake in MGM Resorts for a total of 15 times since November 2019, selling off an aggregate of about 9.4 million shares for nearly US$ 312 million. Despite the reductions, Ho remains one of the largest individual shareholders in MGM.

Prior to the massive sell-off in November 2019, the businesswoman held a stake of 2.2% in MGM Resorts.