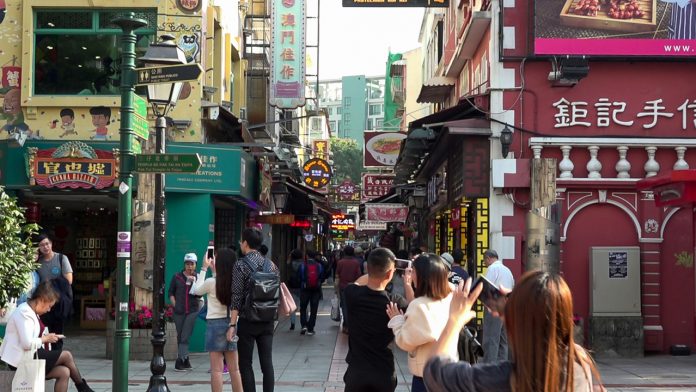 The per capita tourist spending (excluding gaming expenses) in Macau hit 3,129 patacas in the fourth quarter of 2020, a year-on-year surge of 77.3%, based on the latest figures released by the Government Statistics and Census Service.

Meanwhile per capita spending of casino patrons saw a steep increase of more than 14 folds in the fourth quarter, hitting 6,835 patacas.

However, the aggregate tourist spending declined by 63.8% in the same period due to a 79.6-percent decrease in visitor arrivals.

In 2020, per capita visitor spending grew by 24.5% year-on-year while the aggregate spending dropped by 81.4% to 11.938 billion patacas. Mainland visitors remained the biggest spenders, spending 3,255 patacas per capita on non-gaming items.