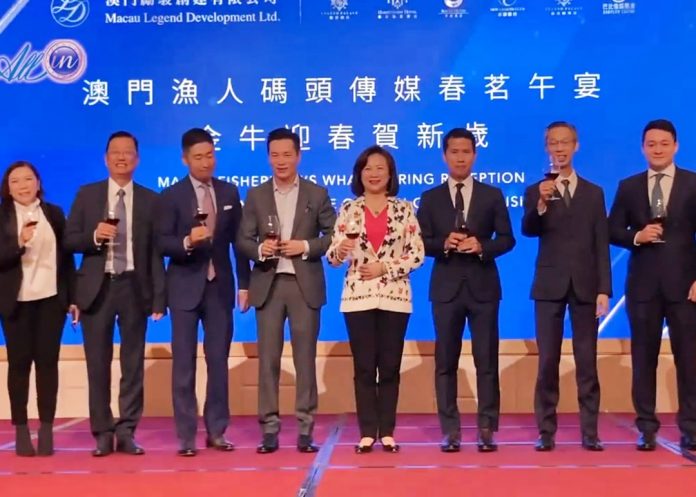 The new Co-Chairman and Chief Executive Officer of Macau Legend Development Ltd (1680), Levo Chan, announced today (22 February) that his company was going to roll out new plans for one of its subsidiary, Macau Fisherman’s Wharf.

Levo Chan made the announcement in a welcome speech during a media luncheon hosted by Fisherman’s Wharf. This was Chan’s first public appearance as CEO of Macau Legend Development since taking up the post in late December.

Levo Chan, who is also the chief executive of local gaming junket firm Tak Chun, told reporters that joining the board of Macau Legend Development marked a new milestone in his personal career and it was also an important step forward for two Macau home-grown firms.

Speaking at the same occasion, former CEO and current Executive Director of Macau Legend Development, Melinda Chan Mei Yi said that the arrival of new shareholders would not change the firm’s focus on the mass market.

She added that the occupancy rate of Fisherman’s Wharf during the Chinese New Year holiday was better than the market average. She also urged the Guangdong government to resume the online application of individual travel permits as soon as possible.